“Officially, हे नाही होनार (this cannot happen)!”, the words of the officer speaking in Marathi (regional language of Maharashtra) resonates deep down into my unconscious. It takes a while to come out of the volcanic tremors of the past; but it is so real that I feel a little dizzy sitting on that shaky wooden chair in the office of a government department, affectionately called “Foreigner’s Registration Office (FRO)”. The office is clean with some really old wooden furniture located hidden behind tall trees next to the police commissioner of Bombay’s office.  It has no air-conditioning and it is dimly lit as if it was deliberate, to frustrate all the foreigners not only due to the lack of cool air but also to hide the monkey business going on there in the absence of adequate lighting. Foreigners from almost all countries are fried on the top floor of this building who come to register themselves if they wish to stay in the country more then the allowed six months.  Not surprisingly, there is a separate floor dedicated to deal with foreigners who claim to be either from Pakistan or Bangladesh, the adorable neighbors. Although, the lighting in this office is dim, most people seem very comfortable in maneuvering themselves from one desk to another.  It is only later that I am made aware that these are the “agents” who can get the job done for you in this office without much pain and agony by accepting small gifts from you (only in dollars) as a token of appreciation towards beating the system.  There are plenty of people waiting in that decent sized room, foreigners as well as locals, as the cacophonous ringing of the mobile phones echoes all around, adding some fresh dose of annoyance to an already exasperated ambience.  People are not very considerate when it comes to speaking softly on their mobile phones, forget about switching them off or putting it on silent mode in public places.  It is also apparent that most people talk the loudest when the matter to be discussed is the most trivial. They must be getting a sense of pride by exhibiting their presence, begging to be noticed for their melodious  voice and the ability to deal with multiple situations at the same time in a hot and faintly lit room. Why do we endeavor so hard to show the world that we exist?  But, having abandoned the desire to understand the psyche of the multitude since the beginning of this year and solely focusing on my personal neurosis, I choose to be indifferent to the sounds and more importantly the mundane affairs of my brethren, surrounding me that fateful day.

Coming back to the present, the infamous words “Officially, हे नाही होनार” rings a bell and I get a little tense. Coming back to my senses, I realize the hidden meaning behind that sorry statement. The haunted memories of the past flash back in my little mind, sending strong messages to my stomach, making it twitch right away. I am suddenly transported back to reality, as I realize the intense need to deal with this uncomfortable situation which has arisen. I try to look directly into the eyes of the officer who boldly claims that registering a foreigner cannot be done in this office, while as I understand it, the sole purpose for the office to exist is to register foreigners as dictated by an unanimous charter signed by the parliament of the Republic of India. The officer pretentiously acts unaware of such a law thus technically rebelling the decision of the whole country since the charter was formulated by the country’s representatives in the parliament. As I should have guessed, he chooses to pretend he is busy with a pile of paperwork in front of his desk, thus avoiding any eye contact, hopefully because of some guilt and partially because he wants to play the game of bribery. Looking at the officer is a grave mistake as I come across an ugly sight, equally ugly, if not more, than the situation I am dealing with. Studying the peripherals of the man in front of me starts giving me a small migraine. He has a huge dark face with potholes all over it. His lips are red in color because of the addictive habit of chewing the beetle-leaf. He has a big nose with strings of hair dropping down from the nostrils, aligning with his nicely trimmed mustache. Being an office, which deals with a lot of foreigners, he is obliged to wear a necktie, which I am guessing is one of the gifts he has received from his client. The shirt and the necktie seem to be the only two things which look appropriate on this holy man who wears an exquisite watch in his right arm, right below the cuff of his elegant looking bush-shirt, displaying his style and penchant for acquiring expensive possessions, perhaps from unclear sources. He also has the latest Nokia mobile phone stuck in his shirt pocket, adding charm to his already smile-less face and a corrupt mind. His stomach shamelessly boasts of an unrestrained appetite which when carefully observed, depicts the stuffing of at least two & a half footballs. I consciously choose to ignore looking down further. The game has begun and there is no looking back now. He has nothing to loose. We don’t have much time, because the wife and I have to leave in the next few days on a trip to our ancestral state of Gujarat. It is important that the job of registering the wife, who although was born in India, is technically a foreigner now, as she has formally abandoned her Indian citizenship to become a naturalized denizen of an affluent country. The officer obviously is not interested in our affairs, as he wants to see some greenery on his side. 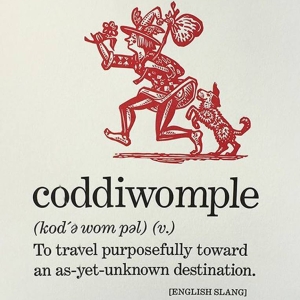